What do you do when you find the perfect house lined with old shade trees? Build a treehouse!

That’s exactly what Mike and Jamie O’Leary did when they found their home in Clintonville, Ohio. All they needed was the right sized yard, an old tree that was big enough, and they were able to accomplish their dream. 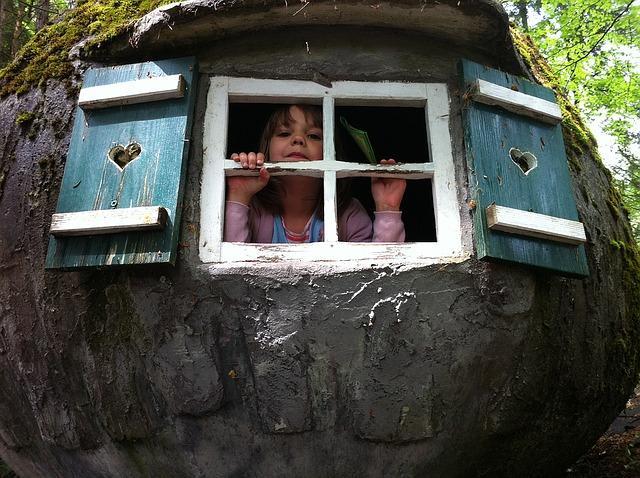 It’s not just for kids, either! “I do yoga up there occasionally,” says Jamie.

The O’Leary’s wanted a place that kept them near certain things, such as parks, farmers’ markets, and libraries.

After a year of looking, they finally made a decision on the Clintonville house. They adorned their home with pieces from Grandview Mercantile, IKEA, Clintonville online Facebook groups, Etsy, and Wholly Craft.

After moving around from Philadelphia, to D.C. and New York, they settled on Columbus to be closer to both of their families and found an amazing food and beer scene in Central Ohio.

Mike aims to soundproof the garage for space to practice with his band, We Are The Movies, make the porch an art room for his daughter, finish the attics, clean up the yard with some landscaping, and making some improvements to the basement.

The O’Leary’s are very happy with their decision in Clintonville, as it is very kid-friendly and Clintonville did top Columbus Underground’s reader poll as the Best Neighborhood of 2014.

Do you spend any time in Clintonville, Ohio? Let us know in the comments below!

Story from Columbus Underground: At Home