The fast acceleration of home prices has many wondering if we’re in a housing bubble similar to the mid-2000s. However, the experts have been saying that no, we aren’t in a housing bubble. We’ll get into why below. But first, what really IS a bubble? The balance defines an asset bubble as…

An asset bubble is when assets such as housing, stocks, or ​gold dramatically rise in price over a short period that is not supported by the value of the product. The hallmark of a bubble is irrational exuberance—a phenomenon when everyone is buying up a particular asset. When investors flock to an asset class, such as real estate, its demand and price increases.

During a bubble, investors continue to bid-up the price of an asset beyond any real, sustainable value. Eventually, the bubble “bursts” when prices crash, demand falls, and the outcome is often reduced business and household spending and a potential decline in the economy. Understanding the causes and historical trends of asset bubbles can keep you from contributing and falling victim to a future one. – The Balance

One major difference between the current market and that of 2005 is the fact that the increase in home value is because of “real” factors. In the mid-2000s, value skyrocketed in part because of credit default swaps and speculative housing investors who bought insane amounts of property, with the thought that the value would go up over time. This artificial inflation of prices is part of what caused a bubble to form back then. Again, from The Balance…

The asset bubble that occurred in real estate in 2005 was fueled by credit default swaps that were used to insure derivatives such as mortgage-backed securities and collateralized debt obligations (CDOs). Hedge fund managers created a huge demand for these supposedly risk-free securities, which in turn boosted demand for the mortgages that backed them. To meet this demand for mortgages, banks and mortgage brokers offered home loans to just about anyone. That drove up demand for housing and increased home prices. – The Balance

However, today, home values are increasing rapidly because of more tangible reasons, mainly, a true lack of inventory. There is an extremely low number of homes on the market right now, and this scarcity of homes is driving prices up rapidly.

The biggest factor in the housing market is lack of inventory.

Inventory has decreased rapidly for a few reasons. One of the reasons is issues with supply chains. New construction of homes has been significantly affected by the Covid-19 pandemic and the labor shortage that has come with it. This labor shortage has reduced both the number of laborers, as well as the number of raw materials that are required for homes. These two scarcities have slowed home construction, even as the number of people who want to buy a home has increased quicker than ever.

But even before Covid, new construction has been coming up short. After the Great Recession, many builders went under and the ones that were left built waaaaayyy fewer homes. At first, this was due to lower demand, but over the years other issues have been factors. Lack and expense of land to build on was a major factor before Covid and continues to be an issue. A recent NAR report found that the U.S. housing market is short 6.8 million housing units.

“The short story is that we simply haven’t been producing enough housing,” said Daniel McCue, with the Joint Center for Housing Studies at Harvard. 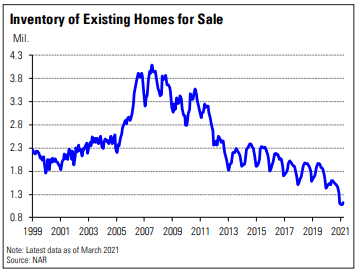 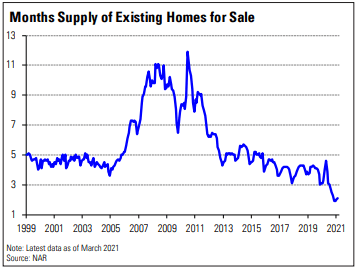 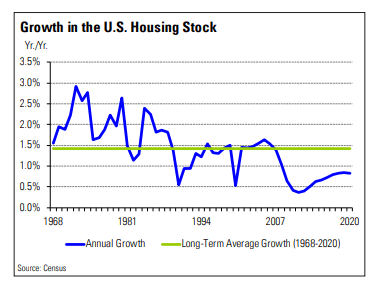 In order to catch up, builders need to build 2 million units per year for the next 10 years. That’s about a 60% increase over what they’re currently building. This is why we say that the shortage of inventory isn’t going anywhere anytime soon.

In Columbus OH specifically, the report finds that the Columbus metro is one of the most underbuilt in the country. While we added 141,000 jobs, only 63,500 units were permitted. That has resulted in a 7,050 unit gap in needed housing. Readers of our monthly market report have been watching the decline happen for some time in Columbus, Ohio real estate. 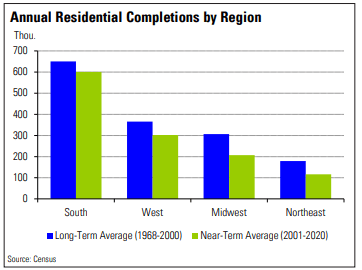 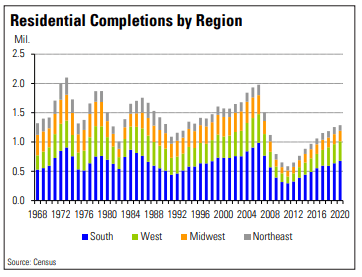 Another reason for the record low inventory is the pandemic itself. Homeowners haven’t really been keen on letting strangers tour their house or dealing with the hassle of moving, which is even more stressful considering many are working and schooling from home. This initially caused low inventory, but a sort of feedback loop is occurring with the market. As fewer and fewer homeowners sell, competition among buyers increases, making sellers even more reluctant to sell, as it might take a long time for them to find another home to move into.

One final factor in the increasing prices of homes is mortgage availability, or how easy it is to get a mortgage. In 2005, getting a mortgage was literally TOO easy, and there were often times little to no background checks when it came to getting a mortgage. Unlike back then, these days credit is not as easy to come by. Gone are the days of getting a mortgage in your dog’s name in order to flip a house. 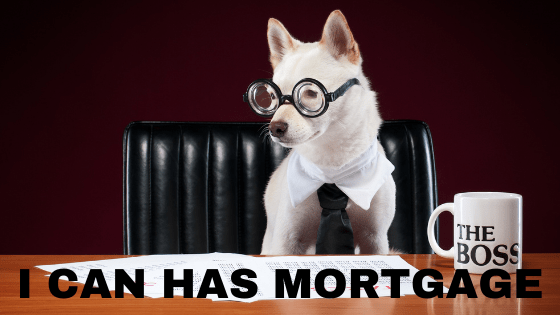 In conclusion, no, we are not in another housing bubble, at least not a major one. I was buying real estate in 2005, and this is not the same market.

Once supply chains come back into full swing and people start getting out more, there will hopefully be a leveling off in the rate of acceleration. This would actually be great for buyers and healthier for the market overall. We know this market is incredibly difficult for buyers right now, and the savings needed in order to actually “win” a house are unrealistic for many. If you’re trying to buy, stick with it and be patient. Take a short break from the house hunt if you need to for mental wellbeing, but don’t unplug from it completely. You might miss an opportunity, such as homes with price reductions. Plus, waiting too long could come back to bite you as prices continue to increase and mortgage rates go up.