Homes For Sale In Dublin OH

Despite its name, this Dublin is not a city in Ireland, but a city in Central Ohio. They do have some similarities though, such as the fact that both have lots of gorgeous green grass.

Dublin, Ohio is a city of over 47,000 people featuring luxury golf course neighborhoods and plenty to do.

Life in Dublin, Ohio is a life of recreation and relaxation. The city itself also hosts several yearly events for multiple holidays, like the Dublin Irish Festival, the St. Patrick’s Day parade, or the Halloween Spooktacular.

The town is generally regarded as an amazing place to live. In 2018, Niche.com ranked Dublin, Ohio as the #1 place to live in all of Ohio and #10 on their list of Best Places TO Raise A Family In America. Dublin’s accolades go even further back to being named the Best Small Town in America in 2016.

Where Is Dublin Ohio?

Dublin, Ohio is a city in the northwest corner of the Columbus Metro. The city straddles Franklin, Delaware, and Union counties. It is located along the Scioto River. Highways 270 and 33 run through Dublin as well. The city borders Hilliard, Worthington, and Powell.

The Dublin City School District is consistently ranked as one of the best school districts in Ohio.

For private education, many families look towards St. Brigid of Kildare Elementary or Dublin Prep Academy.

For higher learning, Dublin is less than 10 miles from Ohio State University. Plus, it is convenient to the more than 50 colleges and universities found in Central Ohio.

Dublin is one of the most prosperous areas in the Columbus Metro. Home to over 20 corporate headquarters and many small businesses, Dublin has consistently had lower unemployment compared to the rest of the country.

Dublin residents also earn much more in nearly every industry than the US overall. Like most of the Columbus area, Dublin is experiencing more job growth than other places, and the city also has an income per ca-pita over twice that of the US.

The top employers in Dublin are:

As mentioned before, Dublin has 60 parks and over 100 miles of bike paths. These parks include walking trails, spray fountains, a dog park, nature education, and facility rentals for events.

Dublin Ohio parks and recreation also has aquatics, fitness, leagues, and many programs for all ages.

Fun Things To Do In Dublin OH

Dublin is one of the larger communities in the area, so naturally there are plenty of activities. From waterfalls to monuments, Dublin truly has something for everyone. These are some of the top attractions in the city:

And of course, there’s always something happening in the community to see or do. Watch the Dublin Ohio YouTube Playlist to see what’s happening.

Dublin is well-renowned as one of the best spots to grab a meal in all of Central Ohio. These three restaurants are some of the best the city has to offer.

A Brief History Of Dublin Ohio 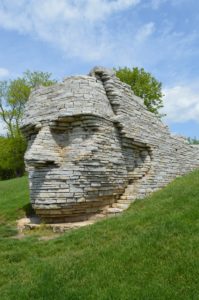 Selling a home can be stressful. But, listing and selling your home in Dublin, Ohio doesn’t have to be. As a Dublin OH real estate expert, I have sold many homes in Dublin, Ohio. I have a system to market homes that sells quickly for top dollar with as little stress as possible.

To list and sell your Dublin, Ohio home, call or text me, Rita Boswell directly at 614-547-3229. I’ll provide you with a free, no-hassle, up-to-date value report specifically for your home or condo. If you decide to hire me, I’ll list and market your home to get it sold quickly and profitably for you.

Explore homes that have recently sold in Dublin OH. These sold listings can help you get an idea of what types of properties are selling in Dublin, as well as how much they are actually selling for.

What’s The Value Of Your Home?

Wondering how much your home could sell for right now? Easily get an idea of how much your home is worth with our instant home value estimator. If you have questions about selling your home, please contact Realtor Rita Boswell at 614-547-3229.